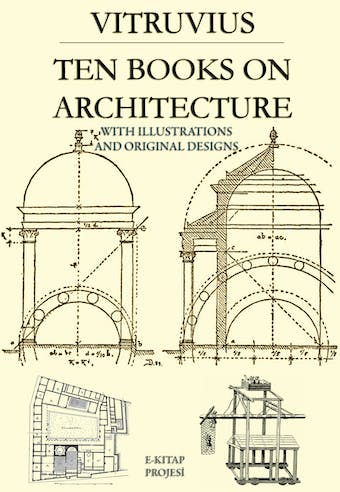 1. The architect should be equipped with knowledge of many branches of study and varied kinds of learning, for it is by his judgement that all work done by the other arts is put to test. This knowledge is the child of practice and theory. Practice is the continuous and regular exercise of employment where manual work is done with any necessary material according to the design of a drawing. Theory, on the other hand, is the ability to demonstrate and explain the productions of dexterity on the principles of proportion.

2. It follows, therefore, that architects who have aimed at acquiring manual skill without scholarship have never been able to reach a position of authority to correspond to their pains, while those who relied only upon theories and scholarship were obviously hunting the shadow, not the substance. But those who have a thorough knowledge of both, like men armed at all points, have the sooner attained their object and carried authority with them.

3. In all matters, but particularly in architecture, there are these two points:—the thing signified, and that which gives it its significance. That which is signified is the subject of which we may be speaking; and that which gives significance is a demonstration on scientific principles. It appears, then, that one who professes himself an architect should be well versed in both directions. He ought, therefore, to be both naturally gifted and amenable to instruction. Neither natural ability without instruction nor instruction without natural ability can make the perfect artist. Let him be educated, skilful with the pencil, instructed in geometry, know much history, have followed the philosophers with attention, understand music, have some knowledge of medicine, know the opinions of the jurists, and be acquainted with astronomy and the theory of the heavens.

4. The reasons for all this are as follows. An architect ought to be an educated man so as to leave a more lasting remembrance in his treatises. Secondly, he must have a knowledge of drawing so that he can readily make sketches to show the appearance of the work which he proposes. Geometry, also, is of much assistance in architecture, and in particular it teaches us the use of the rule and compasses, by which especially we acquire readiness in making plans for buildings in their grounds, and rightly apply the square, the level, and the plummet. By means of optics, again, the light in buildings can be drawn from fixed quarters of the sky. It is true that it is by arithmetic that the total cost of buildings is calculated and measurements are computed, but difficult questions involving symmetry are solved by means of geometrical theories and methods.

5. A wide knowledge of history is requisite because, among the ornamental parts of an architect's design for a work, there are many the underlying idea of whose employment he should be able to explain toGree inquirers. For instance, suppose him to set up the marble statues of women in long robes, called Caryatides, to take the place of columns, with the mutules and coronas placed directly above their heads, he will give the following explanation to his questioners. Caryae, a state in Peloponnesus, sided with the Persian enemies against Greece; later the Greeks, having gloriously won their freedom by victory in the war, made common cause and declared war against the people of Caryae. They took the town, killed the men, abandoned the State to desolation, and carried off their wives into slavery, without permitting them, however, to lay aside the long robes and other marks of their rank as married women, so that they might be obliged not only to march in the triumph but to appear forever after as a type of slavery, burdened with the weight of their shame and so making atonement for their State. Hence, the architects of the time designed for public buildings statues of these women, placed so as to carry a load..