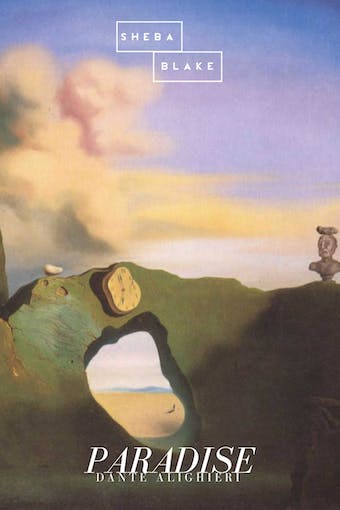 Paradise is the third and final part of Dante's Divine Comedy, following the Inferno and the Purgatory. It is an allegory telling of Dante's journey through Heaven, guided by Beatrice, who symbolises theology. In the poem, Paradise is depicted as a series of concentric spheres surrounding the Earth, consisting of the Moon, Mercury, Venus, the Sun, Mars, Jupiter, Saturn, the Fixed Stars, the Primum Mobile and finally, the Empyrean. It was written in the early 14th century. Allegorically, the poem represents the soul's ascent to God. The Paradise begins at the top of Mount Purgatory, called the Earthly Paradise (i.e. the Garden of Eden), at noon on Wednesday, March 30 (or April 13), 1300, following Easter Sunday. Dante's journey through Paradise takes approximately twenty-four hours, which indicates that the entire journey of the Divine Comedy has taken one week, Thursday evening (Inferno I and II) to Thursday evening. After ascending through the sphere of fire believed to exist in the earth's upper atmosphere (Canto I), Beatrice guides Dante through the nine celestial spheres of Heaven, to the Empyrean, which is the abode of God. The nine spheres are concentric, as in the standard medieval geocentric model of cosmology, which was derived from Ptolemy. The Empyrean is non-material. As with his Purgatory, the structure of Dante's Heaven is therefore of the form 9+1=10, with one of the ten regions different in nature from the other nine. During the course of his journey, Dante meets and converses with several blessed souls. He is careful to say that these all actually live in bliss with God in the Empyrean: "But all those souls grace the Empyrean; and each of them has gentle life though some sense the Eternal Spirit more, some less." However, for Dante's benefit (and the benefit of his readers), he is "as a sign" shown various souls in planetary and stellar spheres that have some appropriate connotation.