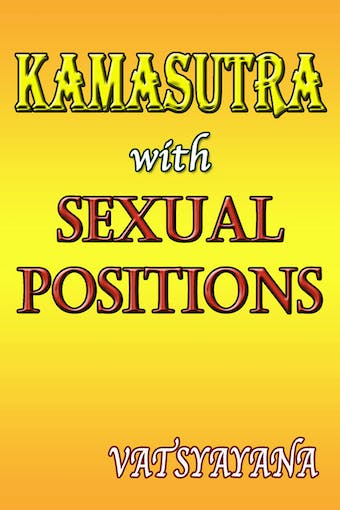 In the beginning, the Lord of Beings created men and women, and in the form of commandments in one hundred thousand chapters laid down rules for regulating their existence with regard to Dharma, Artha, and Kama. Some of these commandments, namely those which treated of Dharma, were separately written by Swayambhu Manu; those that related to Artha were compiled by Brihaspati; and those that referred to Kama were expounded by Nandi, the follower of Mahadeva, in one thousand chapters.

Now these 'Kama Sutra' (Aphorisms on Love), written by Nandi in one thousand chapters, were reproduced by Shvetaketu, the son of Uddvalaka, in an abbreviated form in five hundred chapters, and this work was again similarly reproduced in an abridged form, in one hundred and fifty chapters, by Babhravya, an inhabitant of the Punchala (South of Delhi) country. These one hundred and fifty chapters were then put together under seven heads or parts named severally--

4th. Bharyadhikarika (on one's own wife).

5th. Paradika (on the wives of other people).

7th. Aupamishadika (on the arts of seduction, tonic medicines, etc.).

Man, the period of whose life is one hundred years, should practise Dharma, Artha, and Kama at different times and in such a manner that they may harmonize together and not clash in any way. He should acquire learning in his childhood, in his youth and middle age he should attend to Artha and Kama, and in his old age he should perform Dharma, and thus seek to gain Moksha, i.e., release from further transmigration. Or, on account of the uncertainty of life, he may practise them at times when they are enjoined to be practised. But one thing is to be noted, he should lead the life of a religious student until he finishes his education.