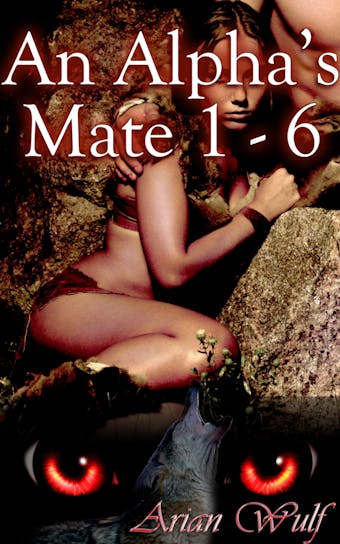 3,4 14 vurdering
Serien An Alpha's Mate
This complete bundle features six steamy standalone stories. Innocent young women fall for Alpha Werewolves who take no qualms in taking absolute and complete control of every aspect of their lives – and of their bodies. The human women are no match for their piercing fangs and cutting claws, nor their devouring touches and possessive clutches.

He looms in front of her, not caring to put the same show his uncle is. His lips pull back in a half-snarl when she growls at him. “You’re in my territory, little kit,” he says, his voice carrying enough authority to make lesser beings tremble. “State your business.” His uncle sends him a withering look that he ignores pointedly.

“She’s on my land,” he says, his top lip lifting in a snarl. He does not appreciate being challenged on his land. His uncle backs down wisely.

“I don’t think she knows that,” his uncle tries to keep his tone neutral. The lynx was turning from one man to the other, as if trying to figure out what they’re saying.

Donovan can smell the fear and uncertainty pouring out of the lynx. He times it perfectly, waiting until she turns her attention back to his uncle before he lunges at her, capturing her with a strong arm around her neck, pinning her bodily with the full weight of his own. She trashes beneath him, strong, but not strong enough to buck him off completely.

He keeps her pinned with surprising ease and can’t help but marvel at how soft her fur is, how nice it feels to have her under him, like she belongs there. She smells like tree bark and twigs, like she’s been trying to live on a rabbit’s diet for too long. There’s blood on her, the metallic stench almost overwhelming the stench of fear and pain.

He can hear her rasping breath, and the whine of pain she makes when the rabbits started to move away from her, disappearing over the top of the gully before she can pull herself off him and gather them back. She makes a deep growling noise that vibrates through his bones and then stars mewling. It’s s soft, painful noise that almost makes him release her.

“For god’s sake, be gentle,” his uncle growls, but knows better than to try and approach them, aware that this is his territory and therefore, his prey.

He doesn’t inform his uncle that his hold is gentle. He’s barely putting weight on her now. She bristles, her lips pulling away from her teeth in an angry snarl.

He growls at the large cat, all teeth and anger. She trashes beneath him, growling in agitation.

“Submit,” he growls, keeping her pinned. The little lynx growls and tries to get up. “Submit,” he snarls, pressing down on her back. She makes a soft, keening noise as the pressure increases. He’s been in enough fights to know that it will take more than the chokehold to render her unconscious. She continues to buck against him, trying to throw him off her with the weight of her body, but her attempts are futile.

“Donovan, you’re being unreasonable. We don’t even know if she’s conscious!” his uncle argues.

“She just has to submit,” he says. The kit whimpers and, as if she understood that, and then flops onto the ground, tilting her neck to the side in a sign of submission. “Good girl,” he says, releasing his hold on her.

Bøker i serien An Alpha's Mate